Japan is known for its innovation in the field of robotic, its population is not afraid of a world in which robots and humans can coexist together – at least not as much as in other countries. Dr. Kazuhito Yokoi, director of the Intelligent Systems Research Institute, called Japan the ‘robot superpower‘ and not without any reason. In 2019, the iREX 2019 was held (international robot exhibition), one of the largest robot exhibitions in the world where visitors from more than 80 countries gathered to see the newest technologies. Let’s take stock of Japanese robotics and of Japanese people’s opinion on the subject.

Japanese Robots: What Can They Do?

In iREX 2019, a machine created to help the elderly or disabled people wear a shirt was introduced. Some people cannot lift their arms or suffer when they do, so this machine analyzes the body shape and posture of the person and slowly dresses him/her. 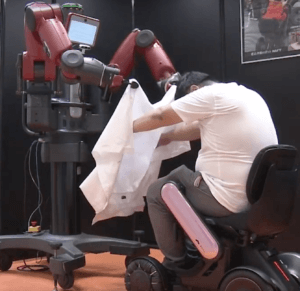 Another robot by Mira Robotics was developed to be a housekeeper. It will be able to do the laundry or other simple tasks, controlled by operators. This will create jobs and allow people to work from home if they need or want to. Owners will have to pay a monthly fee.

In the same way, The Nippon Foundation, Ory Lab Inc., and ANA Holdings Inc. initiated a project to help disabled people find a job. They will be able to remotely control robot servers in a Japanese cafe and interact with customers via a camera and a microphone. 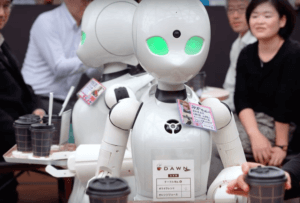 In the future, it will be possible to work surrounded by robots. Machines will be able to flip through and scan a book in record time. As of today, the Ishikawa-Komuro lab at the University of Tokyo developed a camera prototype which can capture and reconstruct texts and images while someone quickly turns pages. A 170-page book was scanned in 1 minute only. 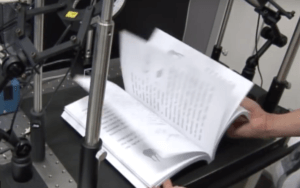 Another robot can perfectly stamp seals, etc. The innovations are endless and the office of the future looks amazing.

The Education Ministry planned to place AI robots in English classes so that children could have fun while learning. Some schools have already adopted some robot teachers to improve pupils’ oral communication skills. 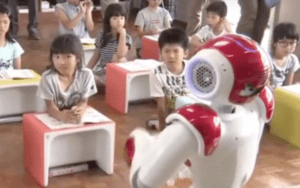 A robot schoolteacher was also developed in 2009, called Saya. Looking like a human, it could express 6 emotions (happiness, anger, fear, surprise, disgust and sadness). Professor Hiroshi Kobayashi, its creator, wanted children to ‘have the opportunity to come into contact with new technology’. Also, he wanted operators to control it remotely, which would have helped schools in lack of teachers.

Dr. Kazuhito Yokoi hopes robots will be an added value in the future and help solve Japan’s societal issues. Many machines are developed to support people with disabilities or to improve everyone’s everyday life. But do Japanese people want a world full of machines? 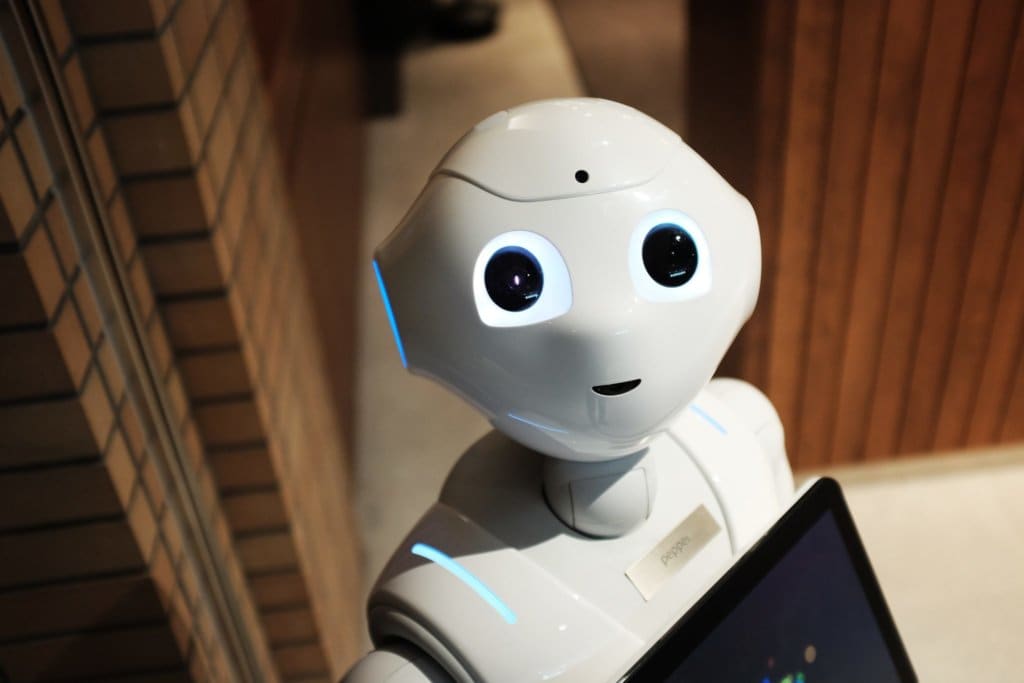 As opposed to other countries, people look more open to new technologies in Japan. One reason explained by Joi Ito is that they are exposed to robotics from an early age with anime like Neon Genesis Evangelion. Also, Shintoism promotes peaceful coexistence, opposed to Judeo-Christianism which emphasizes human superiority, according to a Japanese professor.

Osamu Tezuka, the manga artist and cartoonist, creator of Astro Boy, stated that ‘Japanese don’t make a distinction between man, the superior creature, and the world about him. Everything is fused together, and we accept robots easily along with the wide world about us, the insects, the rocks—it’s all one. We have none of the doubting attitude toward robots, as pseudo-humans, that you find in the West. So here you find no resistance, simply quiet acceptance.” (New York Times Magazine.) You can read more about it here. 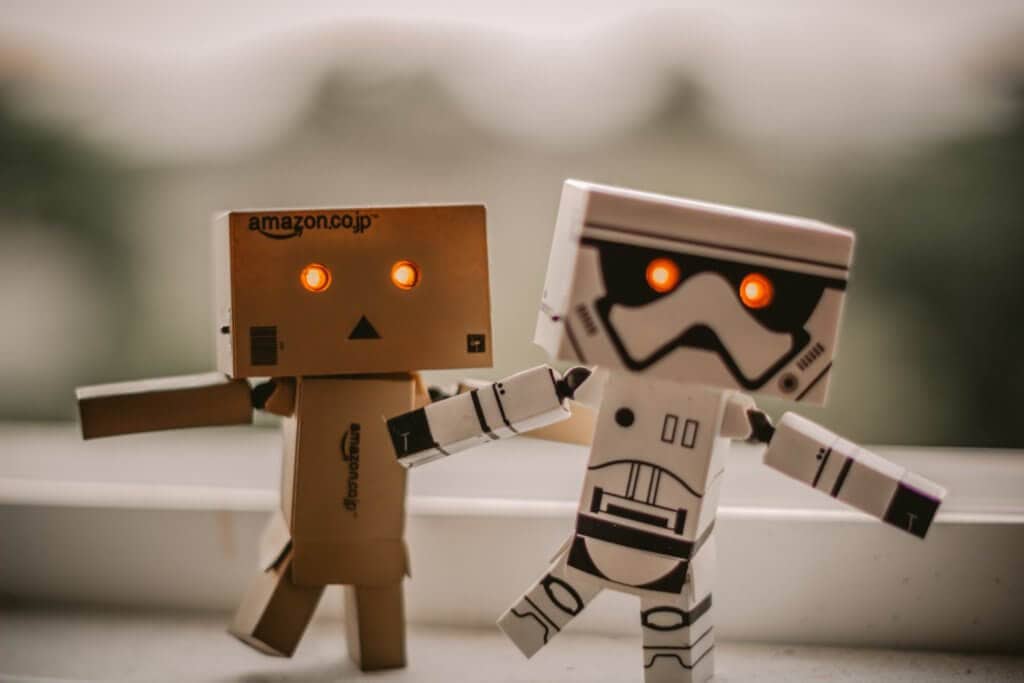 Japanese people, however, fear job losses (believed at 74%) and economic inequality (83%). They are rather pessimistic concerning the future. According to Noriko Arai, an AI expert at Japan’s National Institute of Informatics, half of the white-collar jobs will be performed by AI technologies in 2030. The only thing is that robots cannot think: Arai wants people to learn how to analyze and criticize what they read. She says, “Be creative. Robots can’t be.”