The most useful and important way of integrating into a culture is to learn the language. For people who are thinking of going to Japan for business, I would highly recommend for you to learn the basics. Chances are the people you encounter will speak relatively good English but it sets a good impression if you know some of the fundamentals. For example, if someone asks if you are doing well you can reply with げんきです (genki-desu) and it sets up a more intimate connection. This may sound obvious, but first impressions are everything in Japan. Knowing the language is advantageous, it will help you stand out and ensure that people will remember you.

People will not expect you to have a high-level of Japanese, but they will appreciate you making an effort to communicate with them in their native language. It makes you seem more competent and hard-working. Never studied Japanese before? There is nothing to fear, it is far from impossible and many have even commented that it is a fun language to learn. As with most things, the hardest part is getting to start, but I can assure you there has not been a better time for one to learn the Japanese language. 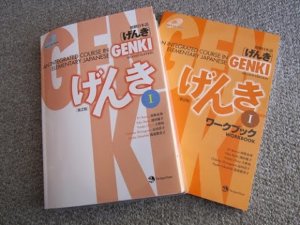 Perhaps the most commonly recommended resource for those wanting to learn Japanese. This textbook is a perfect starting point for beginners, the explanations are clear and concise and there are lots of exercises to stimulate the brain. Unfortunately, it is a bit on the pricier end, as textbooks can go for around $40-50, but there is an incredible amount of content and there are books made specifically for beginners. However, another con is that there is no answer sheet for the questions in the textbook. People who like to self-study may find this problematic and most likely will have to look on the internet for answers. Nevertheless, there is a reason Genki is so often recommended as a textbook for beginners. 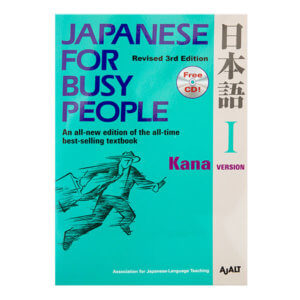 Much like Genki, Japanese for Busy People also provides straightforward explanations but it is less ‘textbook’ in its content, many people who have used this resource have stated that the dialogue is more natural than Genki’s. Students will be delighted to know that there is an answer sheet at the back of the book, thus, they will not have to fret about finding the correct answer. There is also a CD where users can learn how to pronounce certain words as well as test their knowledge. It is also significantly cheaper than Genki, textbooks are sold for around $14-15. One potential drawback is that there is no kanji at all in this book, so, unfortunately, you will have to get a different version of Japanese for Busy People if you want to learn kanji. However, another advantage of this textbook is that there is a quiz at the end of each chapter. Students can test themselves on what they have learnt and improve in no time by doing so. This textbook, along with Genki, is a good starting point for beginners. 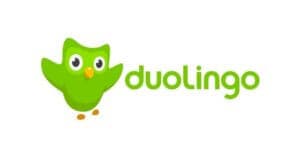 Duolingo is not one I would recommend for beginners to start with, but rather as a resource to use whilst learning. It is good for students to practice hiragana and katakana, as there are a lot of exercises that involve pairing certain kana together, which will help for memorising and recognising them. Duolingo also provides sounds for the kana and words that are given to the user, this is helpful for beginners to learn pronunciation and intonation. However, a common criticism is that Duolingo is too easy. Often, a word will have an image attached to it, making it easy for the user to choose which one is correct. Another major problem is the lack of grammar explanations. The developers are trying to include more of them, but currently, there is not enough. To reiterate, do not use Duolingo as a starting point. Use it as a tool for visual and audio learning. 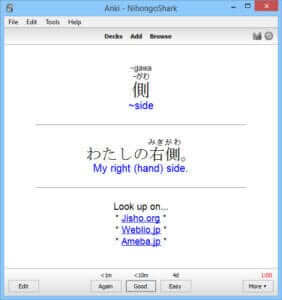 Anki is a flashcard app designed specifically for the user’s convenience. You can study anywhere you want, and all in your own time. Anki also offers other advantages than studying Japanese, it can be used for revising other exams (there is even a dedicated Anki website for medical students), as well as for studying other languages. Anki also offers synchronization and the ability to embed images and videos, allowing the user to be dynamic and creative. It is also versatile because it is available on multiple platforms: Mac OSX, Windows, iPhone, iPad, Android, and Linux. Do remember that it is an app specifically made for vocabulary. There are no grammar lessons. With all said and done, Anki is a fantastic tool for learning, especially for memorising Kanji. 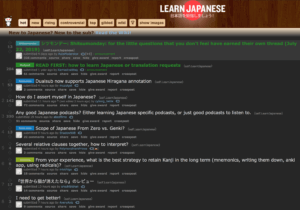 Usually, I would not recommend a social news website as a handy service, but Reddit is an incredible source of information. For those that are unfamiliar with this website, Reddit is a place where users can discuss topics with others through specialised boards called ‘subreddits’ that they can subscribe to. These can range from world news, sports, food, finance, and languages. The subreddit r/LearnJapanese is particularly useful because of the varying levels of Japanese of the users that populate it. Usually, the levels of the users can be seen in the titles of the posts. For example, a complete beginner would title their post as ‘How do I say “and”’, whereas a more advanced learner would ask something more complex like “行く iku and ゆくyuku what is the difference?”. There are many helpful people. Whenever I am stuck on something I hop onto the subreddit and ask by making a post, and someone always responds and tries their best to help. I’ve learnt a lot from it and would highly recommend others to use it as well.

Another reason this subreddit is so useful is because of the number of other resources they have listed. Scroll to the wiki tab at the top and there will be a link to their resource page, from there you will find a plethora of material. Genki is also listed as a helpful textbook alongside others such as Nakama and Tobira. r/LearnJapanese also provides links to news articles and even poetry, there is something for everyone. 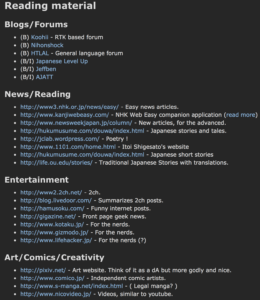 All of these resources are helpful for those that want to learn the Japanese language. Whether you are a complete beginner or a veteran there is something that you can use to become better at Japanese.