If your company decides that it wants to enter the Japanese market, that’s great news! You’ve taken the first step towards expanding your business and seeing success in Japan. However, before going forward, it is important to be aware of the traps and pitfalls of previous Japanese market entry strategies.

There have been many giant global brands that tried to take on Japan and failed. Some wait for many years and try again successfully, while others remain notably absent in the minds of Japanese consumers. Here are some of the reasons for the failure of large companies’ entry into Japan.

Consumer Mistrust and Lack of Confidence

One of the many fatal errors that a company can take is to lose the trust of its consumer base. This is exactly what happened with Carrefour, which got caught up in scandals on food mislabeling, and selling meat past its expiry date, tarnishing consumer trust. However, its difficulties were also made worse by a lack of suitable locations due to the hypermarket nature of the store, whereas Japanese people were used to small neighborhood convenience stores.

Uber, meanwhile, tried to employ an American mentality to change regulation in Japan that would be favorable to its business model, which relies on looser standards for licensing and safety. Unfortunately for Uber, they overestimated the support they would receive when entering Japan, and they were viewed with great suspicion in challenging government and the law.

Uber’s traditional format has been deemed illegal in Japan, and Uber now serves as a way of easily hailing existing premium taxi services.

Not Being Competitive Enough

Even though they were highly competitive in Western markets, Apple and Vodafone initially struggled in their ventures into Japan. as their offerings were somewhat lacking to existing Japanese options. While the iPhone was a revolution for mobile phone technology in the US, it was somewhat lacking when it entered Japan, and it wasn’t until the iPhone 3GS that Apple’s video and camera quality was sufficiently competitive.

Vodafone, on the other hand, announced in 2006 a plan to sell all its shares in Vodafone Japan to Softbank. This came after marketing troubles where Vodafone-sold mobile phones were far behind contemporary Japanese technological expectations. Furthermore, the company couldn’t develop its 3G infrastructure fast enough, leaving customers frustrated with their products.

Without a unique feature that distinguishes you from Japanese counterparts, it is very difficult to compete. You can’t rely on name-recognition alone. As one Starbucks Japan director, Norio Adachi, said, you need “respect for the culture of the local community”.

Yahoo saw a challenge from Google when Yahoo! was already very Japanese company. Tech analyst Nobuyuki Hayashi described the difference as Yahoo! being a “Japanese company… [that] understand[s] how the Japanese mind-set and business work”, whereas Google was a “foreigner who’s learned to speak some Japanese”.

A company has to cater to the interests of Japanese consumers and offer something more than what they can just get from a more trustworthy local source. This was one issue with Wendy’s first attempt in Japan. It was was marred by an over-saturated fast-food burger market in Japan. However, since leaving in 2009, the company has made a successful return. Yahoo! Japan continues to be the most visited website in Japan, despite having a very outdated layout and design by US and European website standards

The e-commerce titan eBay shut down in 2004 after four years as a result of rigid strategies and purchasing options. At the time, it was not common practice in Japan to enter credit card information online to make a purchase, and experts suggest that a cash-on-delivery option would have been far more popular. Similarly, Walmart’s American approach of ‘every day low prices’ did not resonate in Japan, as low prices are typically associated with low quality so customers were hesitant to shop at Walmart.

In a different way, Microsoft’s Xbox has never been able to seriously cut through the Japanese gaming market, due to a perception from publishers and the public that it is a console designed for Americans and is simply made available in Japan. Its first keynote speech in Japan by Bill Gates was unpopular with many due to its ‘sales pitch’ style when the Japanese audience expected more talk of the industry as a whole.

Along with Microsoft being seen as a PC brand when Japanese gamers overwhelmingly preferred consoles, the brand has seen little success in Japan.

Microsoft advertising for its original Xbox console in Japan

IKEA’s story of its first attempt in the Japanese market is in many ways very similar to the points made so far. It expected success without sufficiently adapting to Japanese specific needs.

With proper research into the market they planned to enter, the company has successfully returned after a 32 year hiatus. The challenges of Japan can at times be exaggerated but they are no greater than entering any other new market. Often it takes multiple attempts and learning from mistakes to see how to improve, and success shouldn’t be expected instantly, but can be very rewarding in the long term. 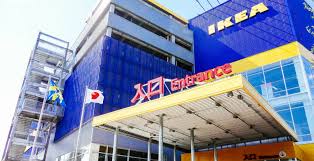 These are just existing examples of missteps in Japan. By the time you decide to give Japan a go, the challenges may have changed. But don’t be afraid! For your hard work and careful research, your company can expect to enjoy great success in Japan.

Gloture can help make sure your entry strategy is a successful one!